"One should judge a man mainly from his depravities. Virtues can be faked. Depravities are real." - Klaus Kinski -
.

Inspired by this quote from Klaus Kinski, I created "Monster", an animated short film about the weaknesses of the people. "What makes us to who we are? And according to which system is a personality trait rated as positive or negative?" These were the two main questions I wanted to talk about in this film. It was for me a big concern to question the old value system and to break it up. The psychologists from today are already aware of this long ago: Only those who are in peace with themselves, and not only free from vice, are happy.

I created a second layer of view to make the weakness visible. This is how everybody got a monster, which represents the weakness of himself. To underline this even more clearly I worked with the effect of colors and so I got a third level of effect on the viewer.

Story synopsis: Milo lives in constant fear of pain, both physical and psychological. In a gray city, people's mistakes manifest themselves as "monsters" and travel alongside them. Milo's monster was created from his fear of pain. The monster feels it needs to protect him from pain, constantly cautioning Milo and keeping him away from what it sees as the dangers of life. One day the newspaper salesman of his confidence goes in retirement and leaves the store to his granddaughter. Milo, fascinated by this girl, realizes that he doesn´t want to be controlled by his monster anymore... 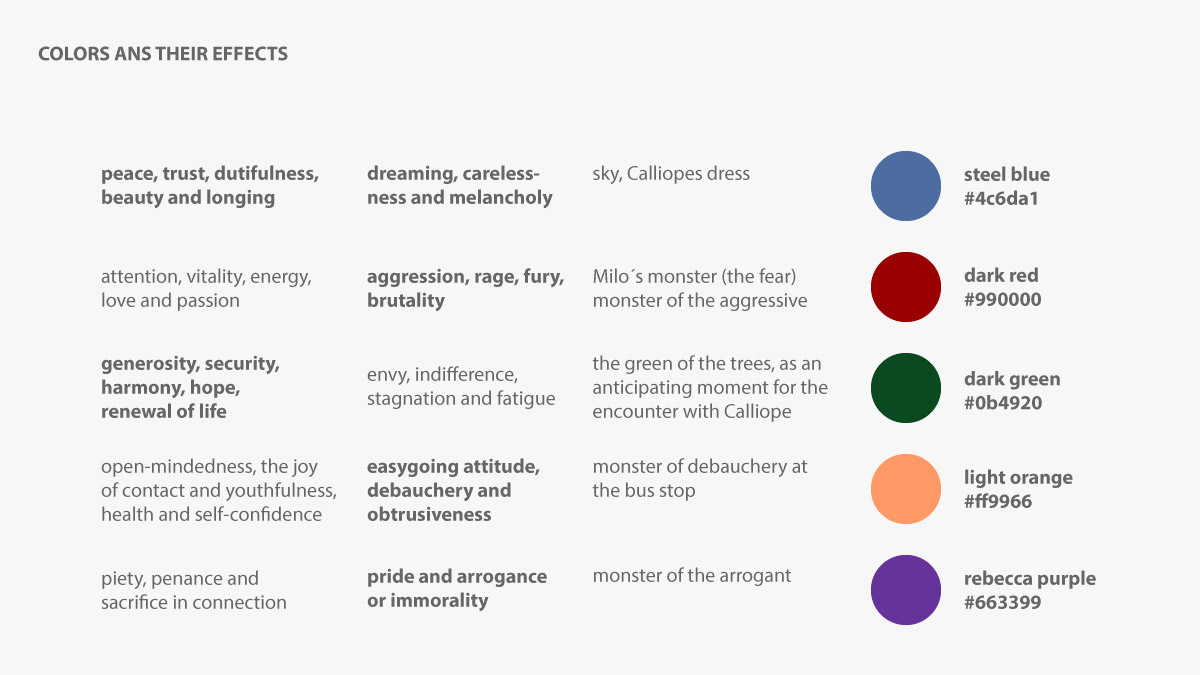 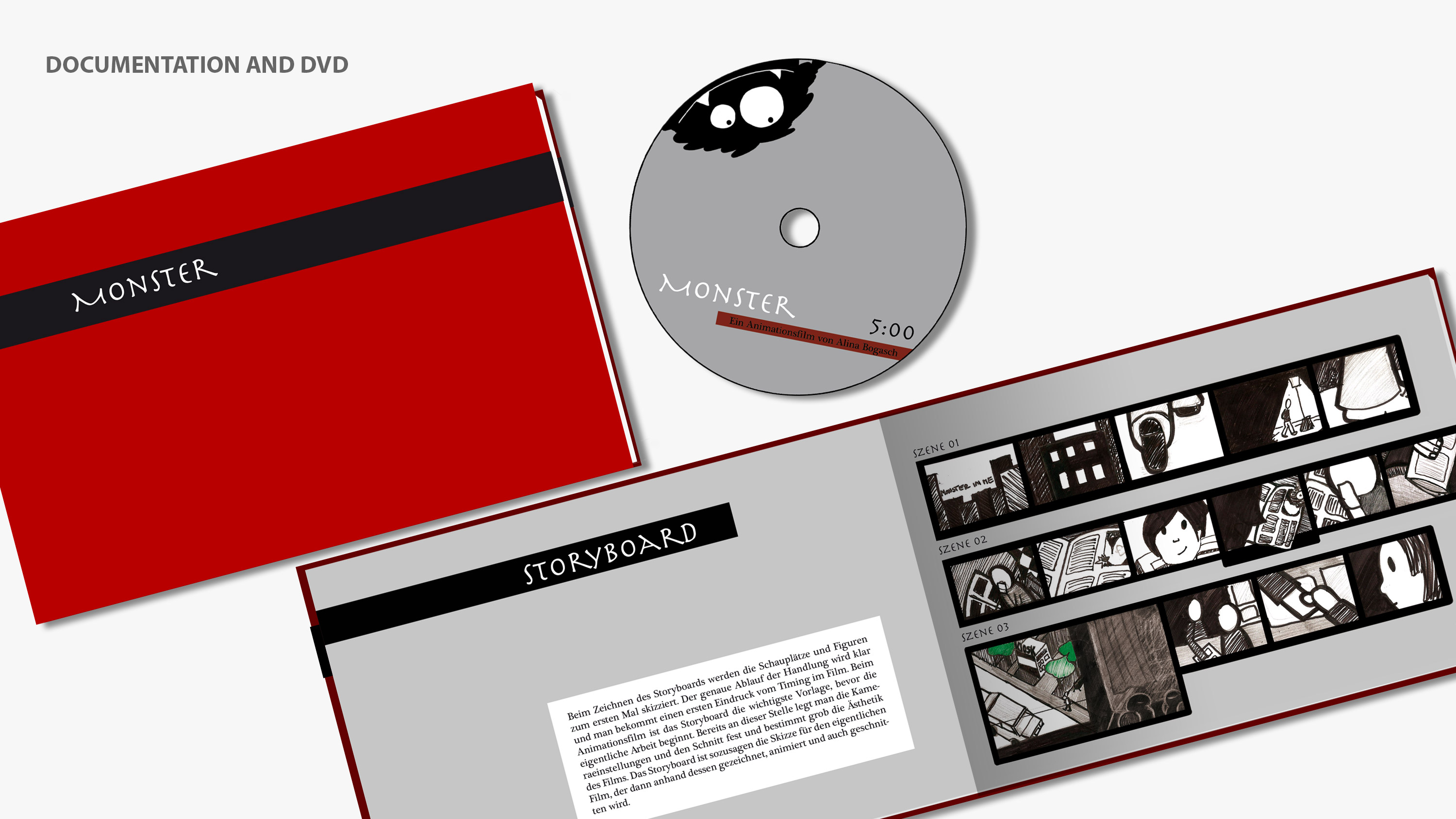 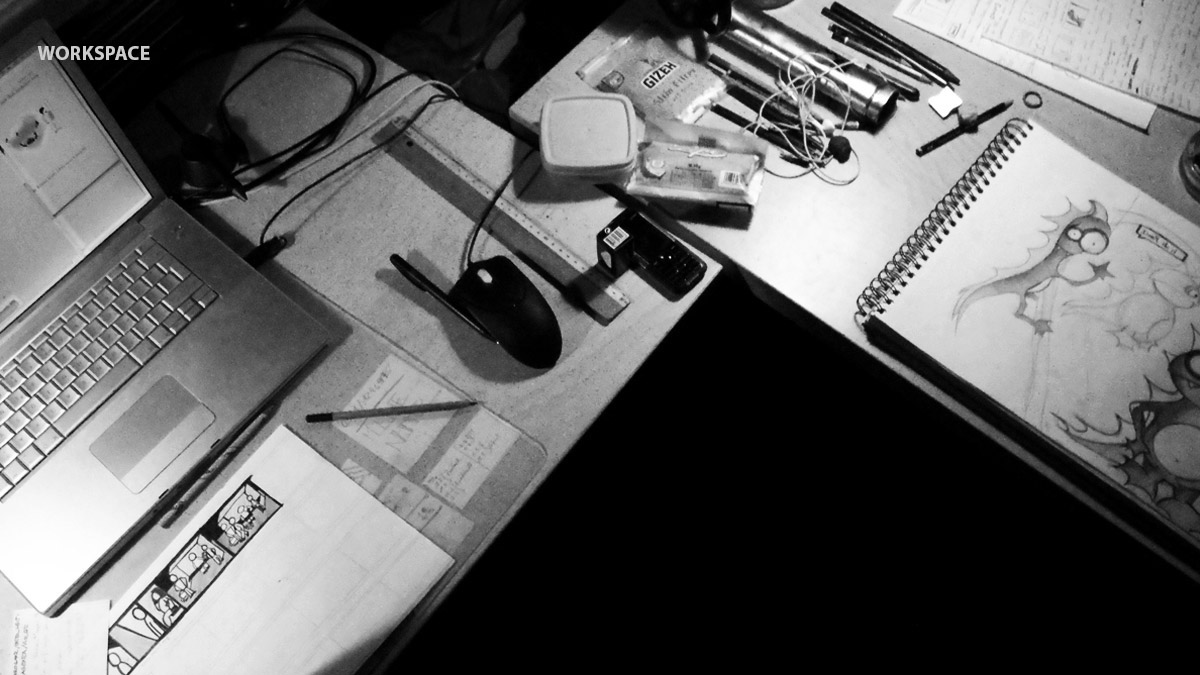